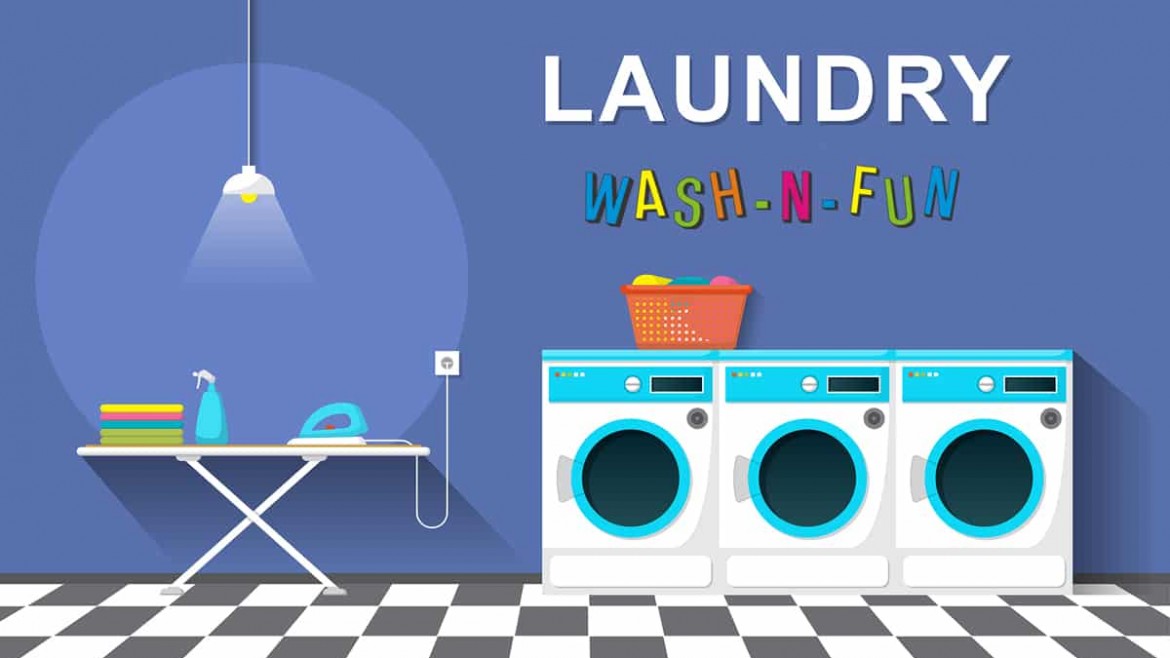 The History of Public Laundry

The history of public laundry and sophisticated washing machines goes back to ancient civilizations when washing was a challenging task and a luxury.

The French word laver “to wash” derives from Latin. It appeared in the English language (lavendry) in the 12th century. By the 16th century, the term “laundry” was widely used to describe dirty clothes in need of washing, the place for washing, and the person who was to wash them.

Romans were the first to offer public laundry services with their well developed urban systems (fullonicae in Latin, i.e. fulling mills). The clothes washers, Fullones, were in charge of washing the garments of the Roman citizens. ​Romans usually wore clothes made out of wool so frequent washing was necessary because of the hot climate of Italy. There was a famous public laundry service at Pompeii which is most clearly explained by some paintings discovered on the walls of fullonica (meaning laundry service).

In ancient Rome, laundry was a man’s job. The clothes were first washed, trodden upon, and stamped by the feet of the fullones. After, they were hung out to dry, and placed in the street before the doors of the fullonica. Once dry, they brushed the wool and combed to raise the nap. The clothes were then hung on a special basket called viminea cavea, after which the laundry had a distinctive odor due to the sulfur placed under the basket in order to whiten the cloth. Ciimolian, fine white earth was often rubbed into the cloth to make it brighter and whiter.

As for the soup, fuller’s grass being too expensive, the Romans used fermented human urine to bleach linen, thanks to its high concentration of ammonia.

The emperor Vespasian even imposed a tax on urine collection which made him famous until now. When Titus, his son, complained, Vespasian brought the first receipts from this tax under Titus’s nose and asked him whether they smelt bad. Titus’s reply was negative and from this conversation, a proverb was born-Pecunia non olet : “money has no smell”. Centuries later, the first public toilets were called “Vespasians”.

The Role of Wash-Houses 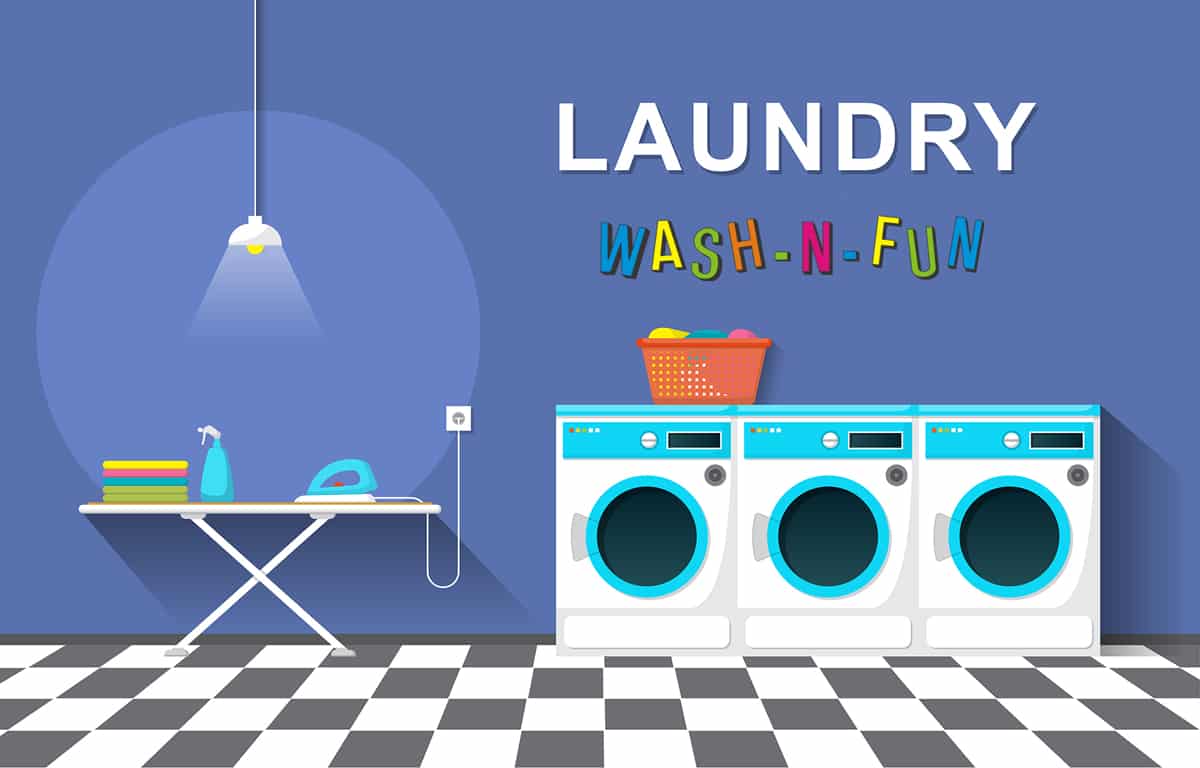 Later, with the appearance of soup, washerwomen used to wash linen by the edge of a river, or wash-house. They rubbed the cloth on stones with the possible addition of sand, so as to remove encrusted dirt.

Wash-houses were covered areas aiming to facilitate the work of laundry women. Those “public laundries” were a sign of wealth and one could assume the level of prosperity of a village by the number of public wash-houses.

The public laundry of that time also played an essential social role: It served not only as a self-service laundry but also a meeting point for women from all over the village at least once a week. The wash-house became a “talking house” and it was customary to hear the women singing, so as to brighten their daily chores and enjoy the time spent. At Wash N Fun you may not hear women singing but you will certainly meet new people, make friends, have fun and enlighten the waiting time of your laundry.

By the 18th century, public laundry services were done at the municipal washhouse with a beater and a brush, a little soap, and some ashes. People had the inconvenience of going to the next village to do the laundry occasionally. However, the washerwoman’s techniques inspired a few outstanding inventors and entrepreneurs and were used for the creation of prototype washing machines.

The Concept of Public Laundry

The ancestor of the washing machine was developed in the early 1900s. It was an electric wringer clothes washer, but the one thing it was famous for was its dangerous character (the motor rotated beneath the tube and could cause short circuits).

Unexpectedly enough, the first laundromats appeared during the Great Depression in Fort Worth, Texas. “Wash-a-teria” was the name of the first laundromat opened in the 1930s. This was a self-service laundry which caught the customers’ attention very soon gaining popularity all over the country.

These coin-operated washing machines were paid per hour and had a low cost, which brought a wider range of customers. Laundromats soon became a luxurious experience for everyone, especially for those families who couldn’t afford to purchase personal washing machines.

The boom of public laundry decreased in the 1950s when in the peak of laundromat’s popularity, the stores became battered and gradually gained the customers’ neglect. And that’s when a number of adjustments came to action. The investors made excessive changes in public laundry and self-service laundry management. Soon they included janitorial services, equipment maintenance, and some extra services like dry-cleaning, wash-dry-fold, tailoring. After all, the self-service laundry industry was meant to prosper again and get back on track in the 1960s and 1970s.

Drop by Wash N Fun Laundromat today, we are expecting you! 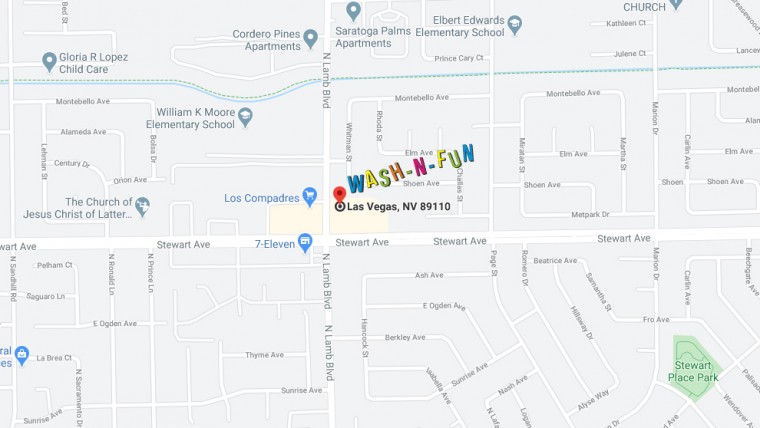